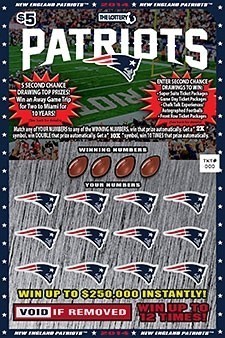 Players may enter by mail or via the Mass Lottery's website.

© 2014 Massachusetts State Lottery Commission, All Rights Reserved.
A Commission under the Office of the Treasurer and Receiver General of the Commonwealth.
Do you have a problem with gambling? Call the compulsive gambling hotline 1-800-426-1234.